SymbOS v3 by Prodatron, the Amstrad CPC multitasking operating system can be downloaded now. It also exists for Amstrad PCW, MSX and now for Elan enterprise, with support of network which appeared in the beta of june 2016.

There is now an updated documentation in english of Symbos 3. 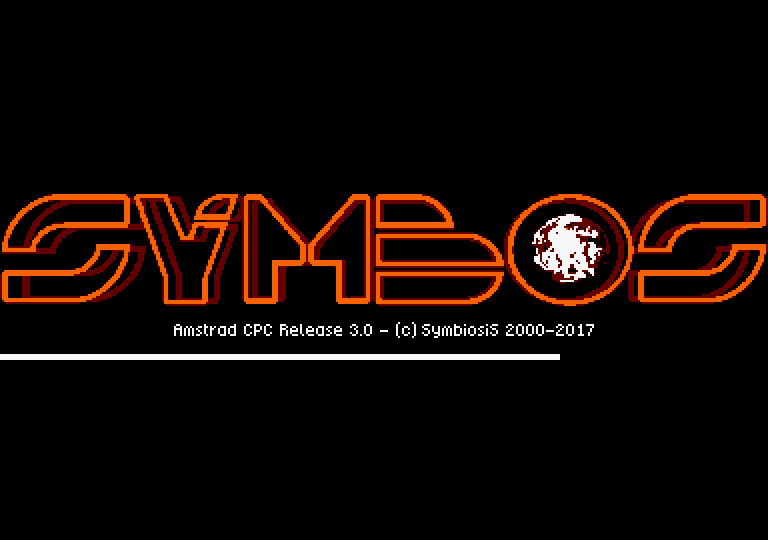 - Network daemon: The new Network Daemon application enables SymbOS for full TCP/IP based network and internet access includung multiple connections for multiple applications at the same time. Both TCP and UDP protocols within the transportation layer are supported as well as services like DHCP and DNS. The Network Daemon runs as a background service and can be used by any application via its network API.
- Supported network hardware: SymbOS supports the DenYoNet (MSX), the GR8NET (MSX) and the M4Board (CPC) hardware expansions for internet access via ethernet or wifi.
- Local host: A special local host version of the Network Daemon makes it possible to run all network apps even on machines without additional network hardware.
- Tools and games: Standard tools like WGET, NSLOOKUP and NETSTAT have been developed as well as more complex applications like syMIRC and TELNET and even network games (see "new applications on the Symbos website").

- 4th supported Z80 platform: SymbOS has been fully ported to the Enterprise 64/128 machines as well. After the Amstrad CPC, the MSX and the PCW Joyce it's the fourth supported Z80 platform now.
- FDC and SD card support: SymbOS EP contains a driver for the standard EXDOS WD1772 based floppy disc controller as well as for the "SD adapter premium" by Szergej Butov.
- Standard screen resolutions: SymbOS currently supports CPC-like screen resolutions of 320x200 (4 colours) and 640x200 (2 colours).
- Taskbar with own colours: Due to the capabilities of the Nick video chip the task bar can have its own separated 4 colours.
- EnterMice and BoxSoft mouse support: Beside via keyboard and joystick it is also possible to control the mouse pointer with the BoxSoft interface as well as with the new EnterMice hardware, which allows to connect a proportional PS/2 mouse to the Enterprise.
- 1MB support: SymbOS EP supports up to 1024KB of RAM. As a special feature of the EP version it also handles fragmented memory banks within the 4MB address space.
- Adapted sound apps: SymAmp (by Geco) and Speech (by Gflorez) have been ported to the Enterprise "Dave" music chip; it's not AY compatible but it is able to emulate it in a good way.

- MSX1 with V9990: SymbOS MSX is now running on MSX1 machines with an attached Graphics9000 or Powergraph graphic card (V9990), too. Of course enough RAM (128KB) and a mass storage device is required as usual.

- Desktop replacement: The extension module, which could already be optionally loaded since SymbOS 1.1 on machines with memory expansions, now includes the "Extended Desktop" which now behaves more or less like the desktop of Windows 98.
- Advanced icon handling: The Extended Desktop supports any amount of 4 and 16 colour desktop icons. Icons can be added (right click an empty area), renamed ("slow" double click an icon) and changed (right click the icon) directly inside the desktop via intuitive dialogues. Icons can be lined up, auto arranged, copied, pasted and deleted directly.
- Nested startmenu entries: There is no real limit for startmenu entries anymore, too. Nested submenus are possible as well as any name and path lengths. Beside inside the "program" menu you can also add new entries and submenus on top of the start menu. The new startmenu editor application is part of the control panel.
- Autostart menu: Beside the existing autostart option (control panel -> system -> autostart) you can also add as many entries as needed to the "Autostart" folder of the startmenu. All these entries will be automatically executed after booting.
- Desktop widgets: Widgets are little applications, which are integrated directly inside the desktop without having own forms. They are working like typical widgets known from existing desktop GUIs and smartphones (clock, weather, CPU meter etc.). They can be freely placed inside the desktop area and usually resized as well.

- Help browser: The new help browser allows displaying and browsing through HLP files, which will be included now in many applications. Documents may contain nested chapters, links and different font types. The search function returns a complete result list.
- Micro kernel: Process priorities can be changed during runtime; new slot/subslot switching function available for MSX hardware drivers.
- Browse dialogue: File extensions will be added automatically when typing in filenames without a dot at the end. E.g. if you save a new textfile in Notepad and you don't specify an extension, ".TXT" will be added.
- Keyboard presets: The control panel allows loading and saving of whole keyboard definitions (region and/or machine specific) in special "*.KYB" files.

- Colour schemes: For a uniform look of the GUI the user can define a colour scheme, so that all apps appear in the same coloured way.
- Full 16 colour support completed: All remaining GUI elements and form controls have been extended with 16 colour support, either directly of by using the user defined colour scheme.
- Systray icons: The systray area of the taskbar can now been used by applications for adding and removing their own clickable systray-icons.
- Context menus: This new feature introduces context menus, which can appear at any place within an application (e.g. on right-click).
- 16 colour icons: Apps may contain an additional 16 colour version of their icons, which will be used for the desktop links of the "Extended Desktop".

- GR8NET SD card reader: With the network and SD card driver the important parts of one of the most powerful MSX hardware of the last time are supported in SymbOS.
- M4Board SD card reader: The M4 makes it possible: First time, that you can access FAT32 32GB SD cards on the CPC in SymbOS directly in "highspeed mode".
- HxC direct SD card access: SymbOS CPC supports the direct mode of the HxC floppy emulator as well. Using the internal FDC765 as a mass storage interface is slow, but you are still able to access very big files from a FAT32 32GB SD card - for the first time on a CPC.
- Albireo USB mouse: The Albireo interface makes it possible to connect real proportional USB mouses to the CPC - and yes, again for the first time! SymbOS supports up to 3 buttons and the wheel. Gaming mouses may not work due to their enhanced USB protocol.
- Rookie drive USB mouse: Nearly the same interface is available for the MSX: Beside other USB hardware the Rookie drive allows to connect real proportional mouses to the MSX in the same way.
- MultiPlay Amiga mouse: You can connect original Amiga mouses to the CPC with the MultiPlay interface and use them for SymbOS.
- Dobbertin Smart Watch: Beside the SYMBiFACE II RTC SymbOS now also supports the Dobbertin Smart Watch (real time clock) and its new clone. Together with the already mentioned new hardware it's now possible to replace the whole SYMBiFACE II hardware expansion - ops yes, for the first time - after 10 years

- SE-ONE radio: Now you can listen to any available FM radio station with SymbOS MSX, using the SE-ONE and the new Radio application.

- TAB autocomplete: just type the first few letters of a filename or directory and SymShell will find the full name after pressing TAB multiple times; this is working for any nested subdirectory as well.
- advanced COPY command: supports filemasks and complex path statements, uses up to 64K copy buffer and is able to copy multiple files into one destination file.
- multiple file handling: for REN, MOVE and TYPE
- new DATE/TIME commands: for reading and setting the actual time and date.
- new ATTRIB command:: for editing all attributes of existing files.
- file attribution flags: New options for all multiple file commands (COPY, REN, MOVE, TYPE, ATTRIB)
- extended HELP command: SymShell includes a new help system based on a central "MAN" file. Type HELP for any details.
- Path function: SymShell apps can use a special path function for merging user-typed pathes with the actual one.
- System path: If not present in the actual folder the system will search for COM files in the system path as well and execute them there if found.

- New professional SymbOS manual: The new SymbOS manual is designed and written by EdoZ and is available as a full-featured english PDF document. With a lot of pictures and screenshots this documentation makes it really easy to get started with SymbOS and its applications on any supported Z80 platform.
- Upgraded website: The website has been extended with a new application area. Beeing database generated it's now always up-to-date and more detailed. A new area about the supported platforms and supported hardware expansions have been added to the website as well.
- Files renamed: For an improved readability filenames of existing apps as well as of system files have been renamed, the old "app*.exe" and "cmd*.com" schematic isn't used anymore.
- Bug fixing: Bugs have been removed as usual, including some very very old ones (e.g. releasing clusters in the AMSDOS filesystem driver).