Archives for the month February 2010 of Genesis8 Amstrad Page

The following links will allow you to download some old Amstrad CPC newspapers, links comes from a spanish forum (seen on CPC Wiki).

And for french newspapers, you can find some on le site des anciennes revues informatiques.

Targhan (Arkos) has announced on the CPC_FR mailing list a preview of Arkos Tracker for windows. You can see a video of this Arkos Tracker preview on Youtube. Final version could be released in 2 or 3 weeks.

Seing the video, you can export to .WAV et .YM, and import .SKS (STarKos Tracker). The program can send the sound directly to an Amstrad CPC with a CPCBooster (I have some to sell, cant remember at the moment the price I paid for them, but they will be selled without a profit) or of course directly on the sound card of the PC.

More features given on the CPC Wiki's forum :

About the sound effects :

The final version of the SDCARD HxC Floppy Emulator is ready (there is also an USB version with the CPC connected to a PC). It can read and write DSK files.

You can see this SDCARD HxC floppy emulator on Youtube.

Axelay is the author of Star Sabre and Star Sabre 128 (a shoot them up). His new creation is Dead on Time, an arena shooter, where you have to last the longer possible vs waves after waves going for you. It reminds me of Time Pilot by Konami. 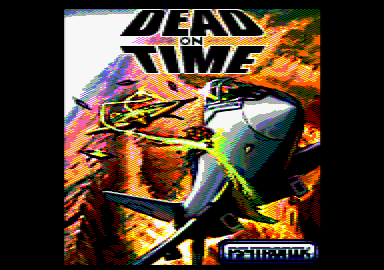 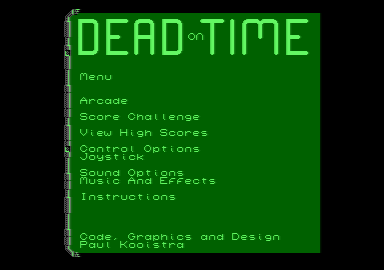 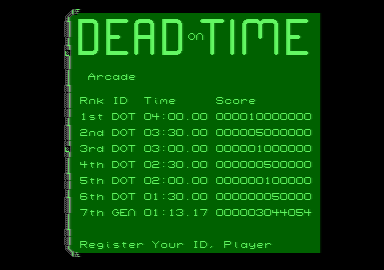