West Bank is a spanish arcade Amstrad CPC game released in 1986 by Dinamic Software. An english version was released by Gremlins Graphics in 1987. Three doors in front if you, will you be fast enough to shoot the desesperados without harming innocents ?

I just found on Sourceforge a windows remake : FitoWestBank by Adolfito. I missed the announcement on CPCWiki (see source below). 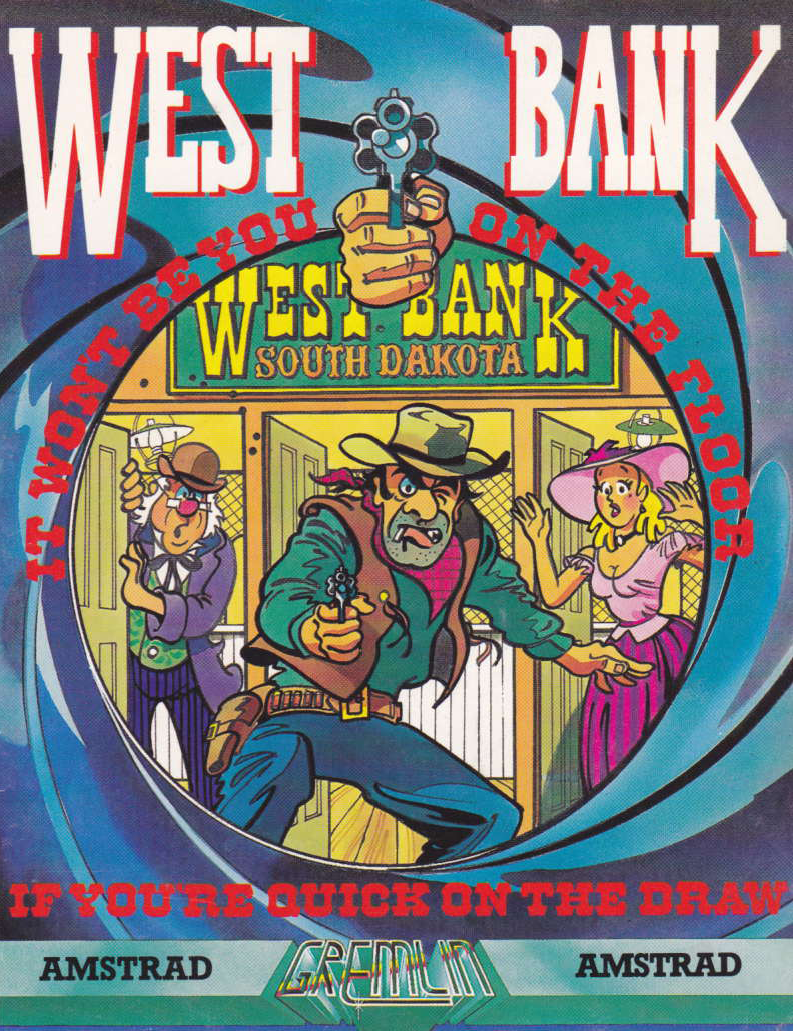