Archives for the month April 2017 of Genesis8 Amstrad Page

For old timers, very very old in case of Sapiens, I want to remind you that the original authors of the game Didier and Olivier Guillion have written a windows VGA remake of Sapiens. The game is a shareware for only 10 €.

The original music was written by Gilles Soulet, here are 2 remix of the music on Youtube :

The Amstrad CPC original music of Sapiens is of course also available on youtube.

SPOILER ALERT : it's an april fool !

I knew JB le Daron as a youtubber, I discover today that he isnt just that, but also a musician.

CPC 4 Ever is his project : the best musical themes of your favourites Amstrad CPC games are remixed, with piano for example. There are already 5 tunes available on the site. Personnaly I like them very much and is awaiting for more ! See you on Twitch the 4th April at 22:00.

Often in games, the music is either written by Tom et Jerry or McKlain.

For the music of El Tesoro Perdido de Cuauhtemoc by 4Mhz, it's the turn of McKlain (listen to the music on Soundcloud).

Some parts of the music makes me think of elite's music.

The original Amstrad notepad NC100 emulator was written by Russell Marks. Nilquader has modified it, and Gnarz has modified this modification.

Back to commercial games Xyphoe is showing Thunder Blade, an arcade game by Sega in 1987, converted on Amstrad CPC in 1988. It's a game with 2 phases, either a vertical shoot them up game or with thir person view, piloting a helicopter. Xyhpoe first tests the arcade original game, then the Amstrad CPC version at 5 minutes 30 seconds. 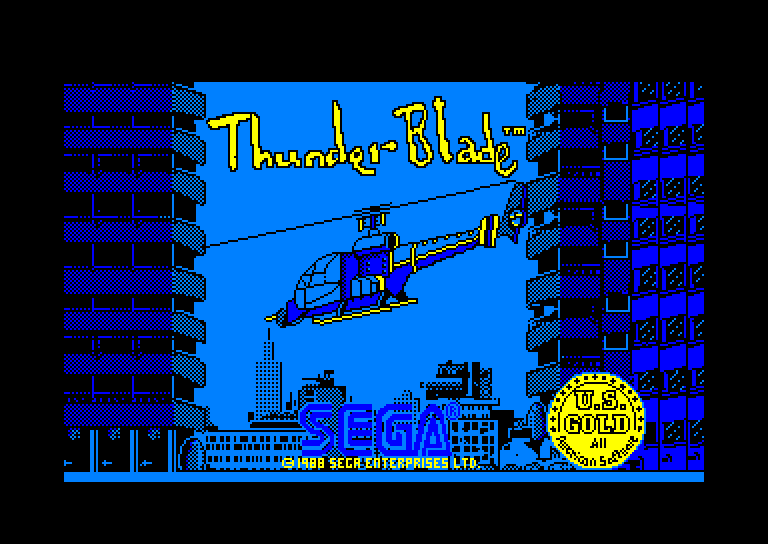 Colin Pitrat is the author of a port of the Amstrad CPC emulator Caprice32 initially programmed by par Ulrich Doewich.

The CSW2CDT tool suite is a set of three programs whose main purpose is the encoding of computer tapes used in the Sinclair ZX and the Amstrad CPC families during the Golden Age of European videogames (1982-1994), when tapes were the most popular distribution method of commercial software :

The general procedure is divided in several steps :

CSW2CDT-UI eases the procedure because its graphical user interface is more comfortable (although less flexible) than the command line : choosing the sample, generating the CSW V1 file, and encoding the CDT/TZX file can be performed by pushing buttons and choosing options. It also allows for the reverse procedure of playing back CDT/TZX images into CSW V1 files and WAV audio files with some few mouse clicks.

New version of the Amstrad CPC core for MiST by Renaud Helias is available.

The colors of the Amstrad CPC loading screen are really those just below... 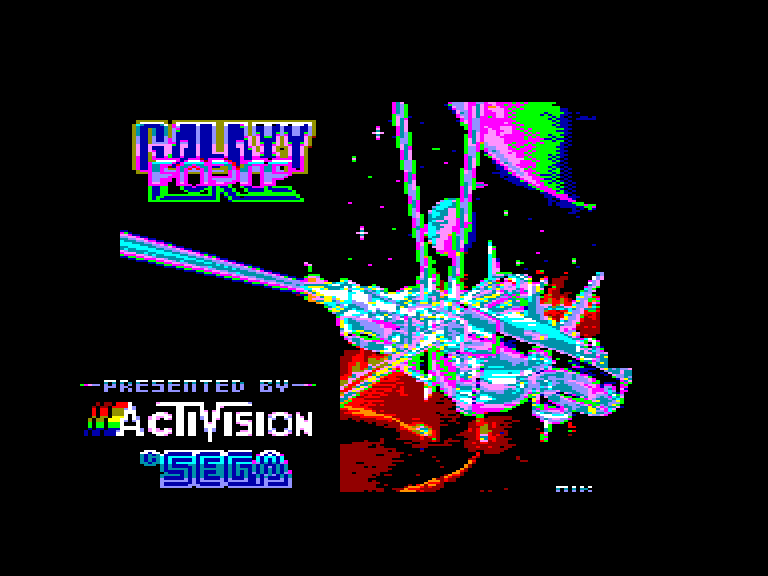 Well CPC 4 Ever was an april fool. I fell for it nicely.

You still got the Amstrad CPC music announced on the site above played nicely on piano (done in two nights).

The game this time is an adventure graphic game in french, written in basic (hard to play without reading the listing) : Adventure 2 ou l'accusation. There is no relation to Adventure 1 ou la grotte also by Ludovic MABILLOT (Ludo's Software Distribution). JB le Daron prefered the first game to the second.

El Tesoro Perdido de Cuauhtemoc by 4Mhz is available since today as a download as disk, tape and mass storage. Run Forest run ! 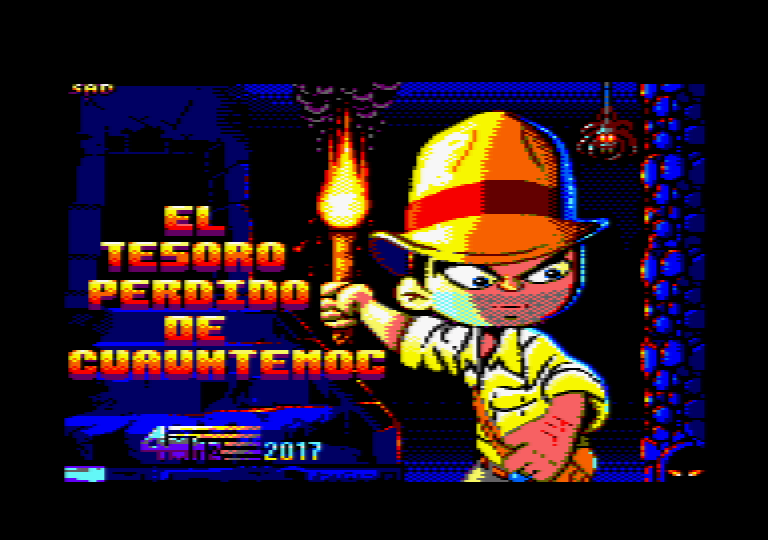 The Amstrad CPC 464 tape version of Ghostbusters has an ugly bug at the end of the game. And they are other bugs earlier : flickering, lack of on-screen activity, slowdown. But it is possible to avoid the bug if you choose the PK energy detector as the first object when you equip your car. Take another object, and you will get the bug.

Today, he is working on Pentomino, a reflexion game of course.

In this 64 Kb Amstrad CPC game, there are no less than 464 levels of puzzles with several songs to listen to. After seing the video, you will really have to use your brain in turbo mode to solve them all... It will be available for Easter.

Today the news are good, a teaser for a new version (v2) of Arkos Tracker as an Amstrad CPC intro with a 9 channels music song, a conversion of a Rob Hubbard music. To listen to the 9 channels, you need a PlayCity sound card or an emulator like JavaCPC Desktop (check PlayCity on misc tab of preferences).

The code of this teaser is written by Targhan, font by Super Sylvestre. 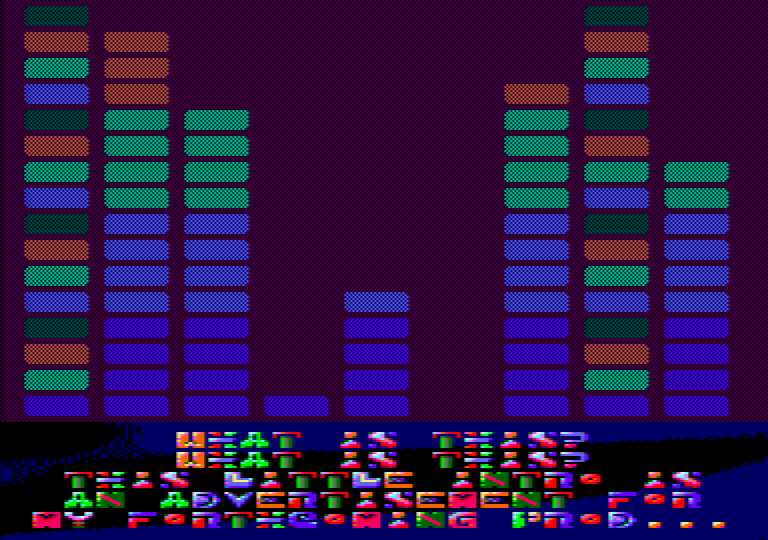 Sigi - A Fart for Melusina is a platform game, a cross of Ghouls 'n Ghosts, Super Mario World and Donkey Kong Country. It's already available on Itunes, Google Play, Amazon and Windows 10 for 1,99 €.

Battle Princess Madelyn by Causal Bit Games is more a remake of Ghouls 'n Ghosts than Sigi, nice looking too. It will available at the end of this year normally for PC (Steam) and cosoles (Nintendo Wii U, Xbox One, PlayStation 4 and Nintendo Switch). 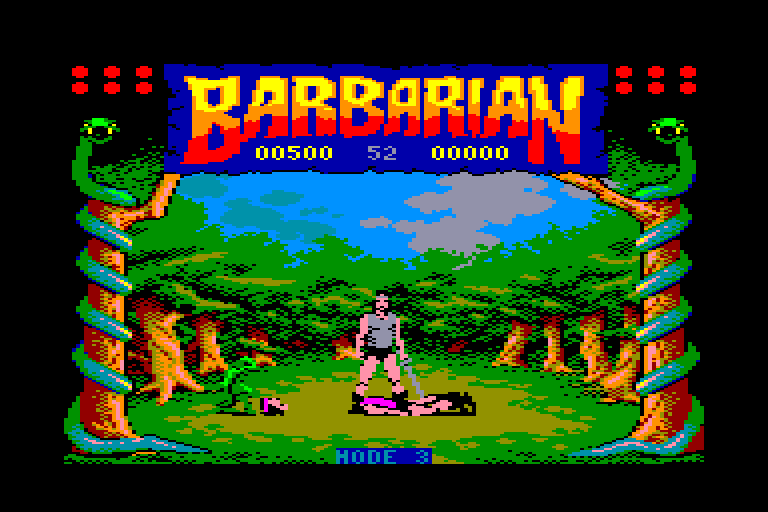 Jgonza is the first one to make a longplay video of El Tesoro Perdido de Cuauhtemoc by 4Mhz .

And a few minutes after, it's the turn of Metr81 for a longplay video of El Tesoro de Cuauhtemoc.

What about a touch desk with an Amstrad CPC 464 keyboard ?

For more informations about this touch desk, go to Raster.Studio.

Caprice Forever v2017-3 by Frédéric Coste is a modified version of the Caprice emulator (by Ulrich Doewich) for windows.

Alekmaul (the author of the Amstrad CPC emulator AmeDS for Nintendo DS and also of the port of Rick Dangerous for the same console) is working on a SNES version of Defender of the Crown.

Three other WIP are available on Alekmaul's Youtube channel.

the association WDA is giving on Paris 20 3,5 inch drives compatible with Amstrad CPC.

You should really go read this tweet. But beware, reading it could cause you some pain, maybe even a lot of pain...

He is back : Ömer Aydin (Noisywan), the author of several Amstrad CPC musics (see below). This time with a new remake being written of Ramparts.

Lode runner Legacy is waiting for your vote on Steam Greenlight.

You maybe know Infernal Runner, but the original Lode Runner was also on Amstrad CPC after the Apple II whic was the first platform (by Douglas E. Smith : 1960-2014). 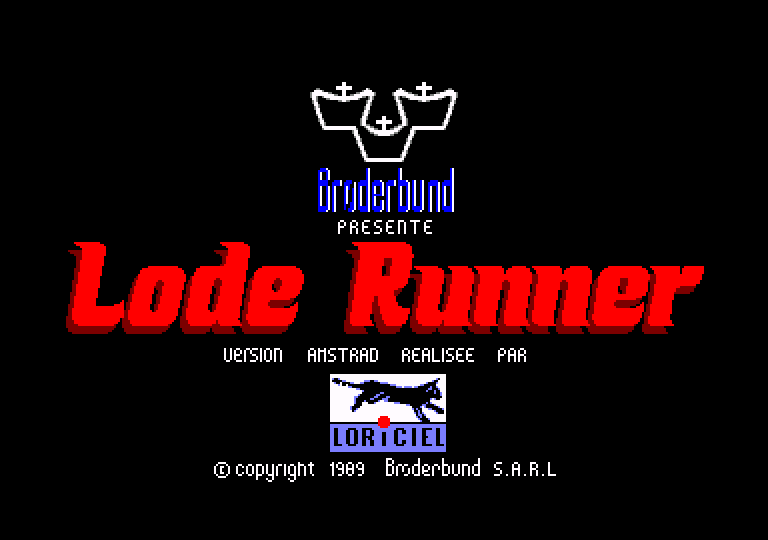 One person created a collection of 30 Gb of Amstrad CPC files as a torrent file.

You will find PDF files of

And for the live video live at the Revision 2017 meeting, it's here with the reactions of the public (posted by Octoate).

Pentomino by Markus Macherey (Shining) is available as announced as a download.

Xyphoe wrote an article in Retro Gamer issue 167 about Amstrad CPC best games and hidden gems. It's available since the 20th April 2017.

Sutekh (Epypteor) wrote another music disk : The Gemini chiptune collection, the music is composed by Gemini (Insane). There are 6 tunes. 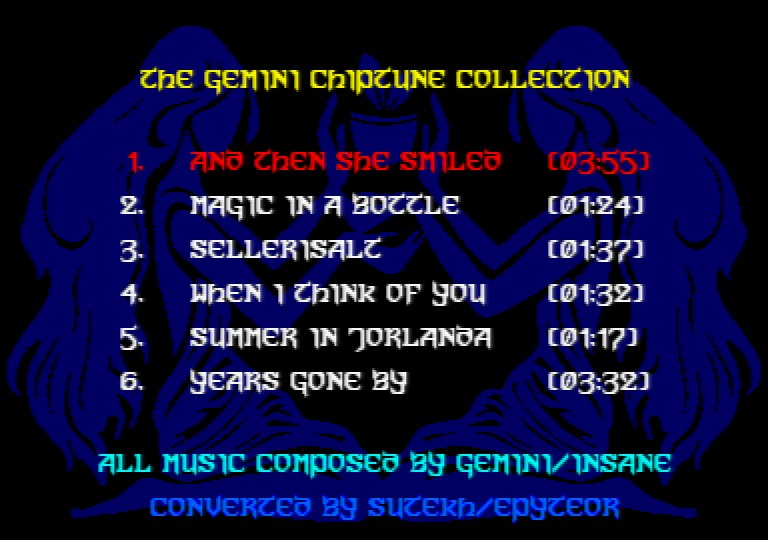 SuTeKH (Epyteor) wrote a remix of the Target Renegade music from the C64 game, available on John Gage's Youtube channel.

Fourth version of the CSW2CDT tool suite, which is a set of three programs whose main purpose is the encoding of computer tapes used in the Sinclair ZX and the Amstrad CPC.

As it was previously stated, the Logon's run - 3D meets the aging bits demo making-of by Overflow is available on NoRecess.

Travel to the center of the earth, based on the book by Jules Verne has seen two games made on Amstrad CPC :

After Touch Soccer is a remake of Kick OFF 2 with graphics by the original author David Screech. You can download it for PC, and also on phones (IOS and Android).

His last video is about Hire Hare by CNGSoft, which won 2nd place at CPC RetroDev 2016.