Archives for the month April 2009 of Genesis8 Amstrad Page

As news doesnt appear as often as before, you now have a RSS flux to be informed when the site is updated.

There will be 4 contests :

Cost for meeting, sleeping and eating :

217 Euros for a Super Pack Gun Stick (Ubi Soft) on Ebay. I hope the buyer will enjoy what he bought. 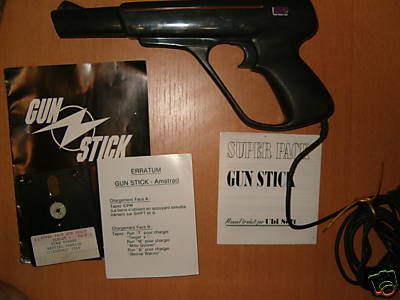 Arkos and Les Sucres En Morceaux are working since several years on an adventure game called Orion Prime. Its developpment is coming to an end, so to let you wait a little bit more, you will be able to find a teaser on the game web page.

Seen on the comp.sys.amstrad.8bit newsgroup : the Stelladaptator allows the use of standard Atari 2600-compatible controllers, including joysticks (like the one used on Amstrad CPC), paddles, and driving controllers, with modern computers running Windows, Macintosh, or Linux operating systems. Any Atari 2600-compatible joystick, when plugged into your computer through the Stelladaptor will behave as a normal joystick. This allows the use of classic Atari controllers with any software that will work with an 8-direction digital joystick controller (left, right, up, down, and diagonals). 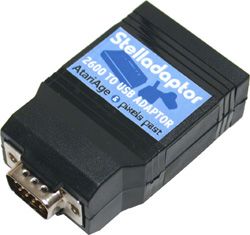 CPCGamesCD is a live CD by MiguelSky with emulators and the NVG Amstrad game collection. It has been updated :

Wiituka is a brand new Amstrad CPC emulator for the Nintendo Wii by D_Skywalk. It features :

Next version will feature :