Archives for the month January 2014 of Genesis8 Amstrad Page

NoRecess did interview Elmar Krieger, the author of Amstrad CPC demos and programs (such as Prehistorik).

A new version of the desktop JavaCPC is available. It's an Amstrad CPC(+) emulator written in Java by Markus Hohmann (DevilMarkus).

An update of Totems by ESP Soft is out.

You can play Totems online with JavaCPC.

One year later, Elite dangerous exists in alpha version, you can also pay to be able to play beta versions when they will be available.

The library CPCRSLIB for the SDCC compiler has been updated :

You must match a pattern on the screen, but you can only move a whole verticale or horizontal line. The first puzzle is easy, it's up to you to check the next one (20 puzzle inside). 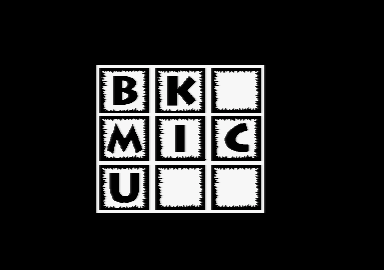 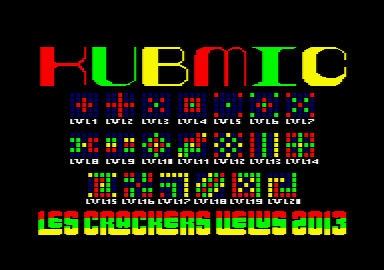 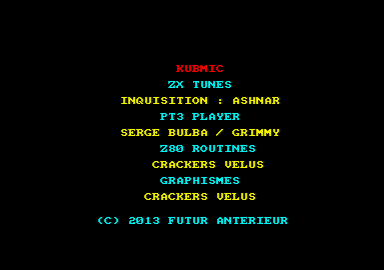 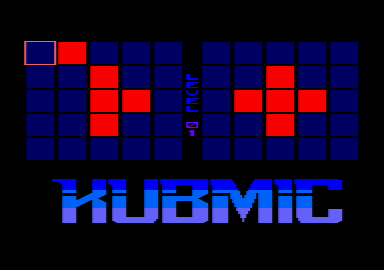 Vox populi, vox dei, so don't hesitate to go vote on Push'n'Pop about what you consider the best 2013 Amstrad CPC productions.

Just after a few days that Death Sword was available, and you can already find tests of this new Amstrad CPC game on Youtube :

CHAMP is a new assembler and debugger for Amstrad CPC which supports 512 Kb of RAM, programmed intially for Commodore 64, Sinclair Spectrum and BBC micro. Several new features were added 26 years after the initial port on the WinApe emulator, adding the support of 512 Kb of RAM.

The port author is open to new features on the cpcwiki forum. 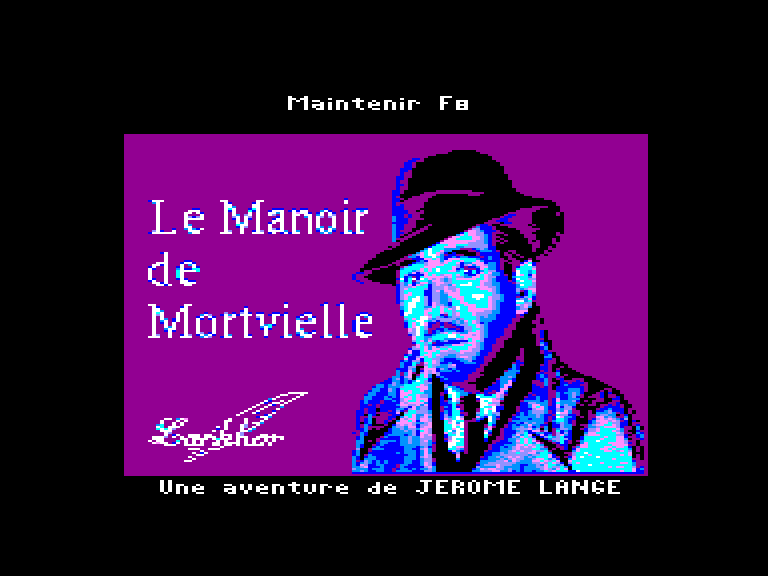 Light Forge is a vertically scrolling shoot them up for Amstrad CPC, C64 and ZX Spectrum, edited by FTL (Faster Than Light) in 1986. A very good game, one of the few I was able to finish on Amstrad CPC in the good old times. Music is written by Ron Hubbard, sadly it is missing from the Amstrad CPC version. So to listen it you will have to go for the C64 version of Light Force on Youtube.

Sugarbox is a new Amstrad CPC emulator (beta) for windows. Beware, there are some problems with windows XP SP3, it works without problems on windows 7 or 8.

Ces ordinateurs sont dangereux is a book written by François Quentin about the Amstrad CPC. Long lost, it is now available with the agreement of the author on Amstrad.eu's forum as PDF (Epub link, PDF link, as Amstrad.eu is not up atm). Happy reading ! Thanks to ced64k for his scanning work. 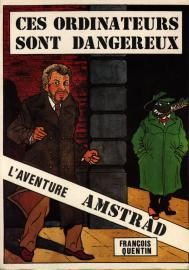 The 6 issues of the newspaper CPC Attack! are available on CPCWiki (in the forum, not in the CPC Attack! page of the site).

These issues went out from June to Novembre 1992, following the defunct Amstrad Computer Use newspaper, those first 14th issues were published directly by Amsoft.